Home » Blog » The Signs and Symptoms of Heroin Addiction 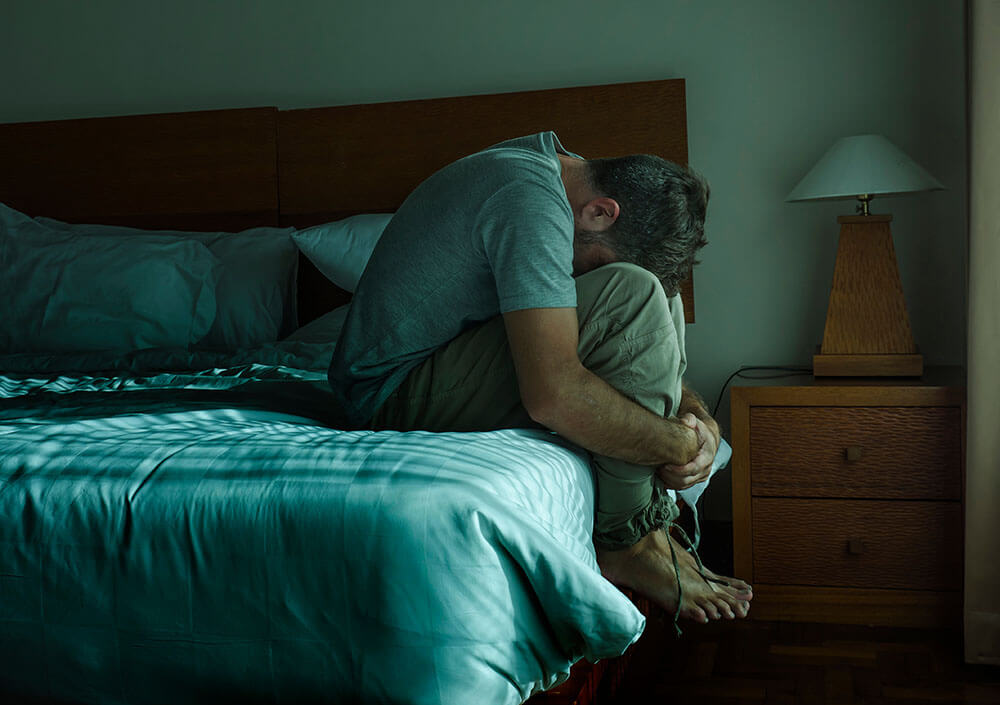 Heroin is administered in a variety of ways – by snorting, smoking, inhaling fumes from foil, or injecting into a vein. In the body, it almost instantly transforms into morphine that binds to receptors in the brain. These receptors, in turn, control the perception of pain and the reward system. Under the influence of heroin, the pain disappears, and the influx of pleasant emotions intensifies.

If treatment for heroin addiction is not started in time, the problem becomes chronic. With it comes an increase in tolerance, leading addicts to abuse larger volumes each time. It results in severe symptoms of physical dependence and affects mental health. Along with addiction, an overdose is another risk of heroin abuse.

This article will point you to the most recognizable symptoms of heroin addiction.

Signs and symptoms of heroin addiction

These signs and symptoms of heroin addiction can be divided into several sub-categories. Some of these appear only in the short-term while others are more long-term. Some affect the individual physically, while others are social, psychological, or behavioural.

These divisions help to identify addiction if you ever come across a close person showing questionable behaviour.

What are the early signs of heroin use?

Some signs of heroin addiction appear earlier than others, and the first set to show up tends to be related to behaviour. Once a social person, your loved one isolates himself more and becomes secretive. You may notice them with new friends and using new words.

Also, their dressing habits change. As heroin is usually injected intravenously, users of this drug wear trousers and long-sleeve shirts at all times of the year, even in hot weather. In this way, they try to hide the scars and bruises from injection spots.

Using large quantities of perfume, fresheners and scented candles in their room is another way to hide consumption at the onset. These signs are seen earlier on when the addict is still concerned with covering up their drug use.

Suspicious behaviour is accompanied by a lack of money. An addict may ask for money frequently, sell things they own or steal money and valuables from those around them.

Similar to the psychological symptoms, these can also be divided into short-term and long-term physical signs of heroin use.

Signs of heroin addiction also depend on the route of administration. Someone who smokes heroin will have damaged oral mucosa, as well as traces of burns on the mouth or fingers. Nasal bleeding is often with snorting, and in addition to leaving marks, intravenous consumption leads to vein problems.

Many of the long-term signs of heroin abuse occur as a result of the direct damage to health that the drug does, or result from complications from the route of administration.

These symptoms can be divided into short-term and long-term symptoms.

These symptoms tend to occur within a matter of days after using heroin:

These symptoms are long-term and occur due to significant changes that heroin makes to the neurochemistry:

The behavioural symptoms of heroin abuse are some of those which show earliest into an addiction.

Socially, some things point to heroin abuse. These typically arise due to how the drug dominates the user’s life. It takes centre stage and other things begin to suffer.

Atypical side effects of heroin abuse

Immediately after administering heroin, some users may experience some effects which most people do not. These are the atypical side effects of the drug. These include the following:

Signs of a heroin overdose

When an addict uses a large amount of heroin at once, they may overdose on it. This can be life-threatening if care is not taken immediately. The following are the signs of heroin intoxication or overdose:

If you have noticed any of these heroin signs and symptoms with a family member, seek the help of Dr Vorobjev clinic’s expert team. Together, we will motivate your loved one to register for heroin addiction treatment because with us there is no fear and no pain of dealing with addiction.

Complete heroin withdrawal is done using modern addiction treatment methods and with the constant supervision of world-renowned physicians and psychiatrists. You will not feel the pain and other harmful effects of getting rid of the addiction during the treatment.

Get your chance to get a normal life, even if you almost lost hope. For sure, addiction can be beaten. Thousands of healthy and rehabilitated patients are evidence of this. You could be one of them.

Yes, it can. Heroin is an opioid drug and one of the major effects of this class of drugs is that they reduce the respiratory rate. An overdose can cause the breathing to completely stop, and without immediate medical attention, the person can die.

Which means of using heroin is the most dangerous?

Heroin is dangerous in all its forms, no matter how it is taken. Each route of administration comes with its potential side effects. However, intravenous use is associated with infectious diseases which can be severe.

The initial stage of treating heroin addiction is detox, which takes up to 2 weeks at the clinic. It is not over after this period though. The patient will undergo rehabilitation for a full recovery within outpatient support, which goes on for at least a year after discharge.