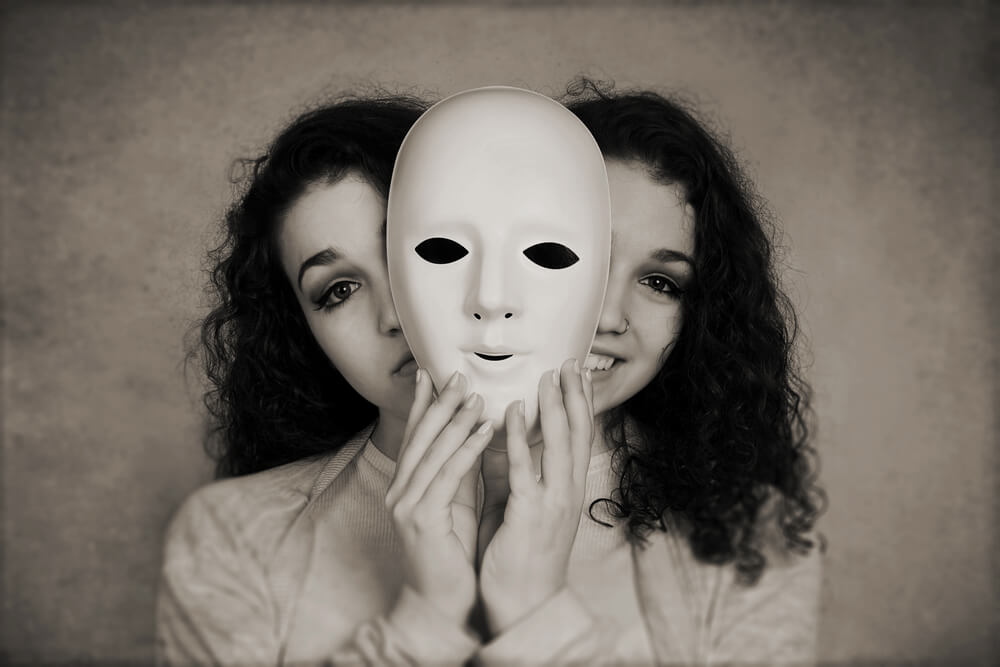 Bipolar disorder is a mental health condition that causes mood swings.
The fast pace of life is characterized by a constant pursuit of goals. We are all excited about new ideas and life changes. We are looking forward to socializing with friends, new loves and business success. Unfortunately, often, happy moments are replaced by disappointment and sadness, when we withdraw into ourselves.
We are positive that everyone knows these life situations. However, if periods of sadness and happiness come like a carousel ride, that is, without any external influences, then it is a bipolar disorder.
The fact that at least one in 100 adults has it testifies to the seriousness of the disease. As many as 15 percents of patients commit suicide.

Bipolar disorder has been known since ancient times

Mood swings have been noticed by the Ancient Greeks. They also named the characteristics of this disease, explaining it by the shift of black and yellow bile, while ancient Roman physician Caelius Aurelianus interpreted the problem as “great mental distress”.

Nevertheless, bipolar disorder was first described by Jean-Étienne Dominique Esquirol. Namely, in 1850, this French psychiatrist presented a paper on “circular insanity“ to the Paris Psychiatric Society. It lists a two-phase mental illness that causes repeated oscillations between mania and melancholy. He called it “folie à double forme” (dual-form insanity).

Esquirol’s work was continued by German psychiatrist Emil Kraepelin, noting that between the rise and fall of the disease, persons function quite normally.

It was not until the mid-20th century that bipolar disorder was included in the official International Classification of Diseases. By definition, it is a mental disorder of a chronic course with exacerbations and remissions of symptoms that can lead to working and social incapacity.

How to identify bipolar disorder?

Bipolar disorder is also called manic-depressive illness. It is this old name is best describes the disease. It is characterized by alternating episodes of high mood, energy and activity (mania or hypomania) and episodes of low mood, i.e. depression.

In addition to the pronounced euphoria and inflow of energy, mania is characterized by a sense of restlessness, reduced need for sleep, fast speech, rapid changes of thought, and poor concentration. Abuse of pills, alcohol and other psychoactive substances, uncontrolled spending of money and even aggressive behavior can also occur.

In a depressive episode, feelings of hopelessness, guilt, disinterest in daily activities, problems with sleep and appetite, chronic fatigue, and suicidal thoughts can be expressed.
Depending on the episode shift, bipolar disorder is manifested in two ways. In type I, the manic phase symptoms are severe and last for about a week, only to suddenly grow into depression. Type II has more than one episode of depression that lasts at least two weeks, while manic symptoms are mild, and often go unnoticed.

Bipolar disorder most commonly occurs in the most active age, i.e. after the age of 35. The exact cause of the occurrence has not been determined. It is usually associated with genetics, so people who have a registered case in family history have a higher risk of developing it.

Development factors include stress, alcoholism, opiate addiction, major life changes such as the death of a loved one, divorce …

Although complete recovery is not possible, bipolar disorder is successfully controlled with medications. Not only is Dr Vorobiev the best drug addiction treatment clinic, but their expert team also has many years of experience in treating mental disorders.
As each patient experiences his or her illness differently, the world-renowned doctors, specialists and psychotherapists of Dr Vorobiev clinic provide individual treatments. These involve, primarily, the use of appropriate mood stabilizers, antidepressants and anticonvulsants. The importance of psychotherapy work in this disease is crucial, as observing mood during a session reveals mechanisms that prevail. At the same time, the patient learns the importance of a daily routine to deal with unwanted symptoms.

A quality life with bipolar disorder is, indeed, possible. So visit Dr Vorobiev clinic in time, as here you will find the most up-to-date methods of treatment and comfortable accommodation that provides all the comfort and food tailored to the patients’ wishes.