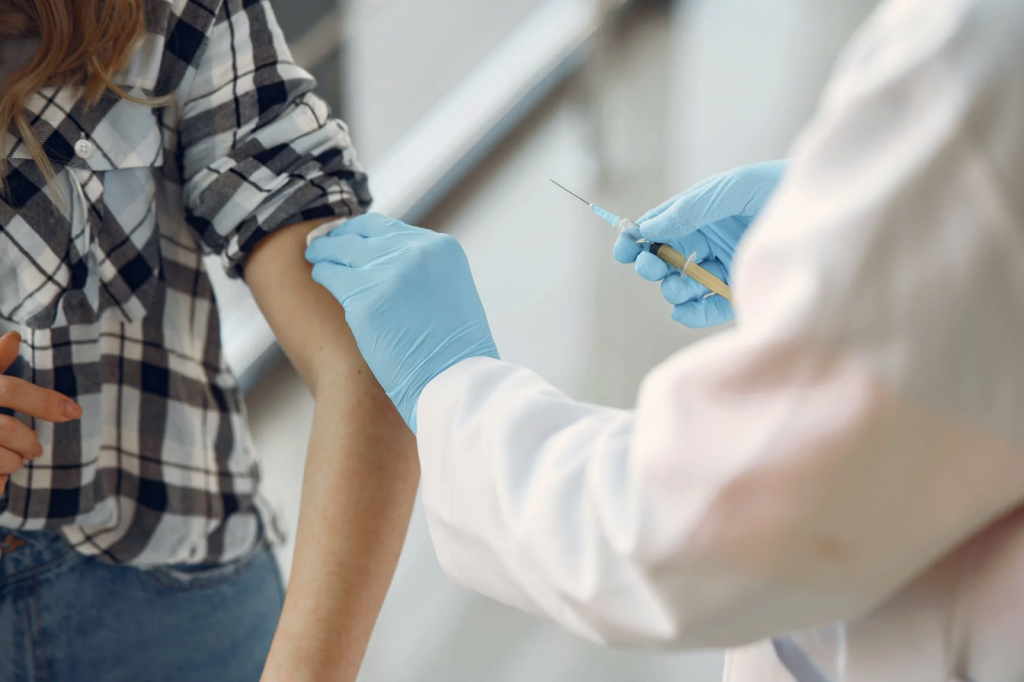 Since the late 1900s, several anti-drug vaccines have been researched and partially produced, including vaccines for opioid addiction, nicotine, methamphetamines, and of course, cocaine. Creating a successful anti-cocaine vaccine would perhaps be the most groundbreaking, as there are currently no addiction treatment methods outside of natural detox, psychotherapy, and using medication to help with withdrawal symptoms.

In this article, you will learn more about the anti-cocaine vaccine, including details about how it works and its potential as a future treatment method for cocaine abuse.

What are anti-drug vaccines?

Anti-drug vaccines are meant to reduce drug consumption by taking away the psychoactive effects and sense of relief after taking a drug. When taking a substance causes no effect and doesn’t satiate any cravings, the psychological and and physical dependence on that substance can slowly be reversed.

In order for an anti-drug vaccine to work, there needs to be an immune response that produces antibodies and blocks the target drug from entering the brain. The cells that produce antibodies don’t usually respond to drugs, which is why medications and recreational substances are so effective on humans. Small drug molecules can easily pass through the protective blood-brain barrier unless they are bound to antibodies, which make the substance too large to enter the brain, preventing the psychoactive effects that a user would usually experience.

Vaccines that prevent viruses and other conditions must last for a season or up to an entire lifetime, but an anti-drug vaccine would only have to last long enough for the patient to beat their addiction, and it could be maintained through booster shots and follow-up injections over the course of treatment.

What is an anti-cocaine vaccine?

Although modern programs for cocaine detoxification are very effective, there are currently no pharmacological interventions for cocaine addiction or abuse. A promising new anti-cocaine vaccine is the dAd5GNE, which is meant to “absorb” cocaine in the bloodstream before it has the chance to cross the blood-brain barrier. Anti-cocaine vaccines are intended to prevent both moderate daily cocaine use as well as high-dose binges.

In order for an anti-cocaine vaccine to work, a hapten, or a small molecule of the target drug, needs to be present. Antibodies are created when modified versions of cocaine molecules (haptens) are combined with a carrier protein that is able to elicit an immune response, unlike cocaine. This combination of hapten and protein can lead to the production of antibodies, which then bond to the substance, making it too large to pass through the blood-brain barrier.

As is evident below, the effectiveness of the vaccine depends on the individual’s reaction to the vaccine and the number of antibodies they produce, as well as the user’s motivation to quit cocaine. High motivation to quit coupled with even a partially effective treatment method makes sobriety more likely. In cases where the patient is not eager to quit, a large amount of antibodies need to be produced in order to block the grand majority of the drug from entering the brain. This way, the user would feel next to nothing upon consuming the drug and have no reason to continue consumption.

In 2002, the TA-CD vaccine was given to several subjects from a residential treatment program. Three doses were given three separate times at the rate of one dose per month. Anti-cocaine antibodies peaked after the third dose and were present for a year. One 2005 study involved cocaine-dependent patients from an outpatient treatment center receiving both a lower and higher dose of the vaccine. Those who took the higher dose had higher levels of antibodies and had fewer positive results when their urine was tested for cocaine use — the high-dose group also experienced fewer psychoactive effects upon using cocaine.

A more recent placebo controlled study in 2009 consisted of 115 subjects from a methadone maintenance program that also suffered from issues with cocaine abuse. Results from this study show that the vaccine helped the treated group reduce their cocaine use faster than the placebo group, and that those who took high doses of the vaccine felt greatly reduced psychoactive effects even after taking high quantities of cocaine.

Findings from other recent studies also support the trend that people who receive high doses of the vaccine produce more antibodies than either the low dose or placebo groups, and that those with higher levels of antibodies experience fewer euphoric effects of the drug. None of the subjects from any of these clinical trials had any serious adverse side effects from the vaccine.

The anti-cocaine vaccine is currently in the clinical trial stage of its development and will go through more changes as it evolves. Assuming that a safe and effective version of this vaccine is produced, it is likely that treatment will consist of several initial injections followed by booster shots every few months over the course of several years depending on the severity of the individual’s addiction and other factors.

As with all treatment processes, medication and pharmacology is not sufficient. Alongside the anti-cocaine vaccine, a medical expert would likely recommend behavioral therapy and other kinds of psychotherapy, as well as support groups and continued communication with a healthcare provider through outpatient treatment.

To find out more about the options available for cocaine addiction treatment, get a free and confidential online consultation. You will discuss treatment options and the various outcomes with an expert of the clinic >>>

What is an anti-cocaine vaccine and how does it work?

Much like other anti-drug vaccines, an anti-cocaine substance abuse vaccine is made to help drug addicts and abusers quit cocaine. It is meant to help users get over drug cravings by preventing the enjoyable psychoactive effects of the drug. The vaccine works by promoting the production of antibodies when small molecules called haptens are attached to a protein and released in the bloodstream, which causes an immune response. These antibodies then bind to the drug molecules and make them too large to pass through the blood-brain barrier.

What do clinical trials show?

Even earlier studies show promise, suggesting that high enough doses of the vaccine produce enough antibodies to prevent the euphoric effects of cocaine. More recent placebo controlled studies suggest that the vaccines helped the test group reduce their cocaine use more quickly than the placebo group and that the individuals that produced enough antibodies felt fewer or almost no psychoactive effects even when they took high doses of cocaine.

What would addiction treatment look like using the anti-cocaine vaccine?

If an anti-cocaine vaccine becomes mainstream in the future, it would likely require booster shots over the course of several months and cocaine abusers would stay on the vaccine for several years in order to break the psychological addiction. Medical experts would suggest other therapies during the treatment process, including behavioral and group therapy.