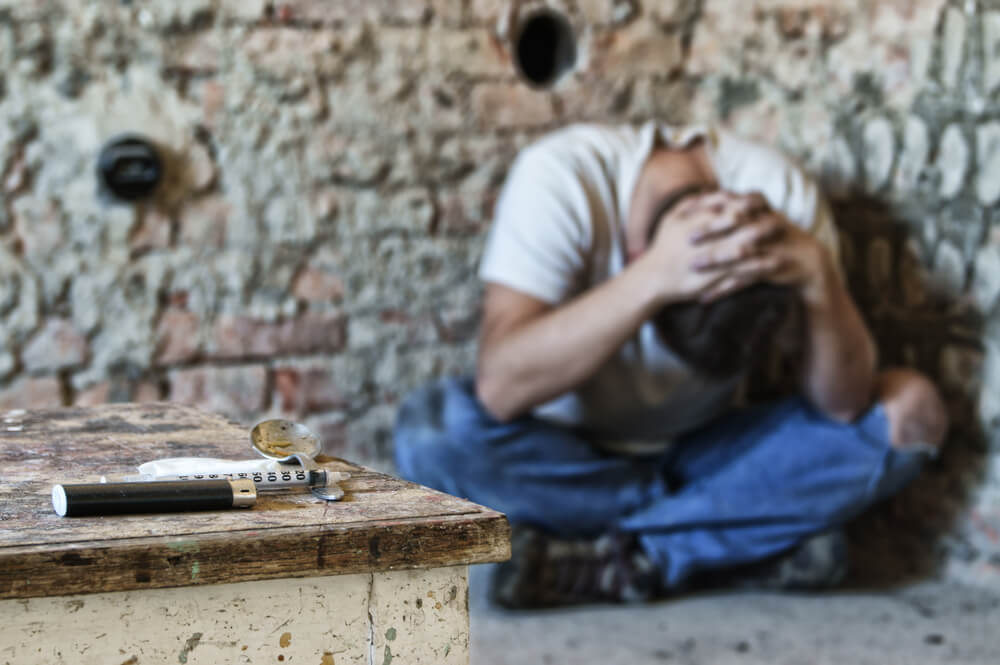 Treating a heroin addict is the only chance for him to return to a normal life.
Heroin! The very mention of this drug causes concern. Although it was initially used as a cure for cough, cold and pain, the symptoms of heroin addiction were discovered very quickly, so it justifiably took its place among the most dangerous illegal substances.
Almost every generation faces the dangerous consequences of consuming heroin. Unfortunately, it has reached its maximum today, taking on the scale of the worldwide epidemic. The reason for this lies in that it is a drug that causes the fastest addiction. In 97 percent of cases, addiction develops within three weeks of regular use. So it is estimated that over 2 million of the world’s population are addicted to heroin.
Also, heroin is considered one of the deadliest substances. It makes no distinction between people. Rich, poor, young, old – it is accessible to everyone and no one is immune to it. As it is the main culprit for the destruction of many lives, it is very important to start treating heroin addicts on time.

When does heroin addiction develop?

The use of heroin initially brings relaxation, warmth and euphoria. The person forgets all the problems, pain and tension, as they are replaced by satisfaction with oneself and incredible calmness. So it is not surprising that after the effect wears off, he wants to return to that state of immense happiness.
However, shortly the body develops tolerance. Then the first symptoms of physical addiction occur – nausea and vomiting, insomnia, muscle pain, fever.

Over time, withdrawal syndrome develops, accompanied not only by physical but also mental complaints. As a result, the limit in the amount of heroin needed to eliminate anxiety and experience the original effect increasingly shifts. So, we can freely say that chronic addiction has developed and that heroin addiction treatment is necessary.

Treating a heroin addict is a salvation from death

Studies have shown that heroin shortens a person’s lifespan by almost 2 decades. The cause of death is, above all, an overdose.
Namely, heroin is a dirty drug. It is not sold pure but mixed with other substances, including arsenic trioxide and washing powder. That is why experts point out that consuming it is, in fact, playing Russian roulette, as one never knows what the strength of effect will be.
Often, pill abuse is associated with heroin, that is, users themselves mix heroin with fentanyl. This enhances its effect by up to 50 times.
Only consuming heroin for a long time can have fatal consequences, especially when dangerous liver, heart diseases and hepatitis and AIDS infections develop.

Treatment of a heroin addict cannot be carried out without the patient’s wish. Only when he is ready to fight the problem can heroin addiction treatment be implemented.
The treatment of heroin addiction at Dr Vorobjev clinic begins with a detailed diagnosis of the medical condition. Based on this, a proper detox program is prescribed as the first part of eliminating addiction.
The goal of detoxification is to eliminate heroin from the body as soon as possible. Since the symptoms of crisis, which occurs at this stage of treatment, are very severe, Dr Vorobjev clinic applies painless detoxification. By applying state-of-the-art methods, the negative effects are reduced to a minimum. At the same time, the patient is restored his vitality, so after treatment, his appetite, sleep and immunity are improved.

Treating a heroin addict eliminates the desire for retaking

Treatment of mental addiction to heroin is based on addressing 3 key factors, namely, craving, depression and guilt.
Treatment of addiction with Ibogaine provides the best results in eliminating the desire to continue consuming heroin. This natural substance acts on the brain centers that create addiction. So, patients perceive the bad side of their addiction and change their mindset.
In order for full rehabilitation to occur, the other two factors must be eliminated. It is in this part that the importance of psychotherapy work is reflected. Individual sessions help with all the mental problems brought by addiction, i.e. its triggers are revealed. At the same time, the patient is relieved of the fear and emotional burden associated with returning to a normal life. Family therapies resolve conflicts, so the sense of guilt for heroin use is eliminated.
The entire treatment at Dr Vorobjev clinic is conducted under strictly controlled conditions and under the constant supervision of eminent doctors, psychiatrists and nurses. The patient is not discharged until the desired results are achieved. For additional safety against relapse, a special Naltrexone implant blocker is installed.

Post-treatment support takes place over the next 12 months. Our expert team is available to the patient at all times to prevent relapse by joined forces.