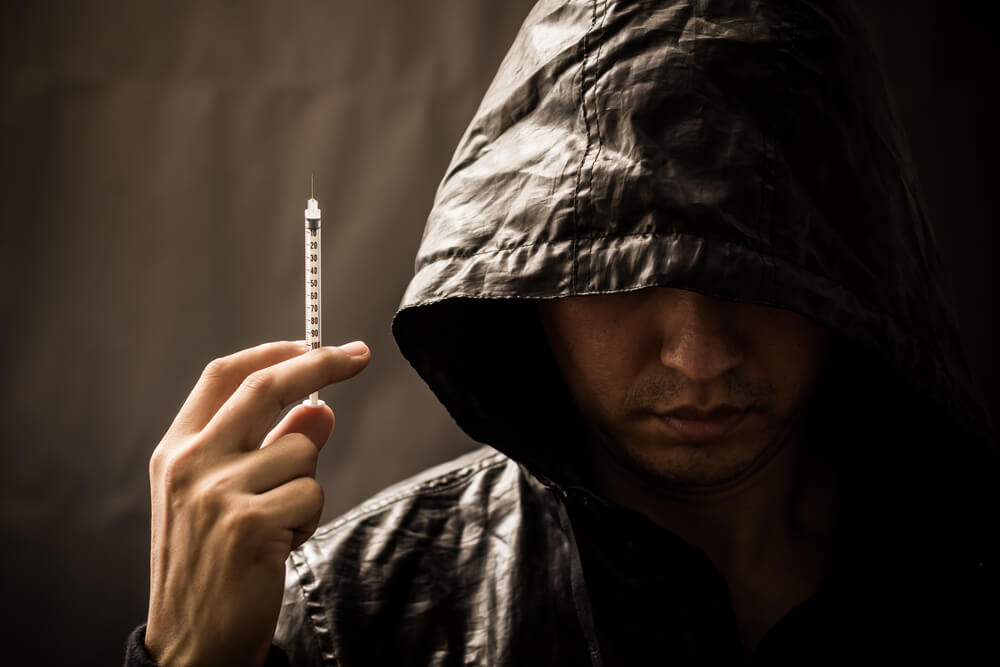 Although all types of drugs cause addiction and have a devastating impact on overall psychophysical health, heroin addiction is one of the most difficult life-changing illnesses.

In the age of former Yugoslavia, the number of heroin users was at the level of statistical error, almost negligible. With the breakup of the SFRY, the economic crisis and the rise in crime rate, this number increased significantly.

Heroin is an illegal psychoactive drug, which causes addiction within a very short period of consumption. It is obtained from morphine – a substance that is taken from different types of the opium poppy. Heroin can be white or brown powder, but can also be found in the form of a black, sticky substance known as black tar heroin.

How is heroin consumed and how long does it take to develop heroin addiction?

In most cases, heroin is introduced intravenously, by injection, but also by snorting and smoking. The reason why drug addicts usually decide to inject heroin into a vein by using syringes is that its effect is instantaneous. In other words, it instantly causes a feeling of bliss, cheerfulness, and euphoria. The effects of heroin are great and significantly health-impairing. What distinguishes this type of drug from other psychoactive substances is that heroin addiction is developed very quickly. This fact is supported by the alarming evidence is that it is enough to consume heroin for less than twenty days to develop an addiction.

What are the symptoms of heroin addiction and how to recognize them?

When it comes to physical symptoms, some of the initial effects of heroin consumption are heavy feeling in the arms and legs, then dry mouth, skin redness, itching, nausea, and vomiting. Later there is a decrease in concentration and alertness, loss of appetite and body weight, chronic constipation. Also, one may develop liver and kidney disease, heart problems, and bacterial infections.

Because of the intravenous administration of heroin, there is a high risk of getting HIV, hepatitis A, B, and C, as well as other viruses. One of the main signs that someone is a heroin addict is narrowing and collapse of veins. In case of overdose, there is a loss of consciousness, permanent damage to the brain cells, and finally, and quite possibly, death.

On the other hand, the psychological and social symptoms of heroin addiction are the establishment of problematic social relationships, loss of job, the breakup of emotional relationships, and financial problems. The loss of interest in almost all life activities and redirection of energy to purchasing new doses of heroin is also quite noticeable. All of this eventually results in almost certain health problems.

How to cure heroin addiction?

No matter how hopelessly the situation seems, there is a way out. Quitting heroin, or recovery, is certainly possible, especially if the addiction is adequately treated at an early stage. Attempting to treat heroin addiction on one’s own borders on impossible as the addict often has no strength to face the problem. But, the remedy certainly exists!

Dr Vorobjev Clinic, with its team of experts and the most up-to-date treatment methods, is there to help you.

Treatment of heroin addiction is adapted and tailored to each patient individually. The treatment takes time and patience, but thanks to professional medical personnel, the most modern equipment, and the twenty-four-hour patient care in this hospital, you will get out of the hardest period of your life as a winner. We are here to help you get your life back on track and continue where you stopped.