Home » Blog » Marijuana is a drug that causes addiction! The truth about the plant that is harmful to life and health! 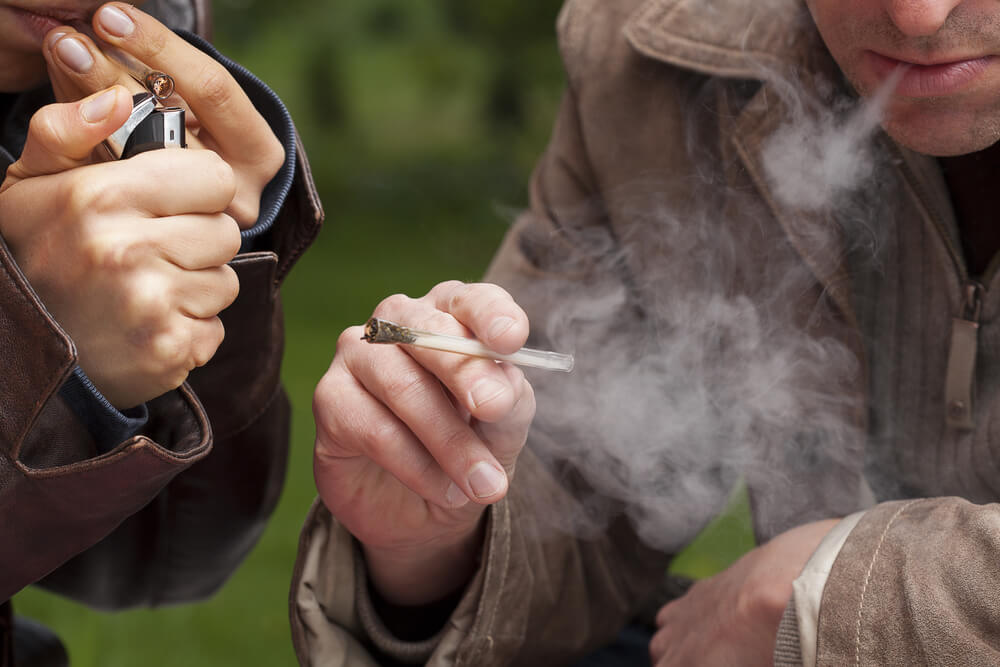 Marijuana is the most widespread drug in the world.

Unfortunately, it has become a part of our everyday life. As a warning reality, we find it on the streets, in cafes, at parties, and even school desks. It is a frequent guest among young people but also older generations.

In fact, marijuana has crept into every part of our society, so many people think that it is the inevitability of civilization.

It is estimated that in the European Union’s countries, as much as 40 percent of the total population has tried marijuana, while about 8% of the population regularly consume it. As these are only registered cases, the number of consumers is much higher.

Marijuana is a drug that was known even before Christ

In the age of Neolithic, the plant was used for making fabrics and ropes. The Assyrians discovered its psychoactive properties and began to use it in their religious ceremonies. This data is confirmed by archaeological sites. Burned Cannabis seeds were found in the graves from as early as 3000 BC

Marijuana is a drug initially used by the Chinese for therapeutic purposes. In India, it was used as an addition to food and drink until 1000 BC. Already at that time, marijuana was the subject of controversial opinions. While some thought it led to Heaven, others, however, emphasized that addiction to it is a path to Hell.

What was the significance of marijuana in America is best illustrated by the fact it was grown by Presidents George Washington and Thomas Jefferson, while Charles Baudelaire, Honoré de Balzac, Victor Hugo, Eugene Delacroix and other great artists of the 19th century attributed their works of art to its influence.

At the beginning of the 20th century in Florida, a boy killed his family with an axe under the influence of this drug. The event urged authorities and scientists to re-study the effects of marijuana. So, in 1937, it was declared an illegal substance. However, its use did not drop. Over the coming decades, it has become easily accessible, leading to an increase in the number of consumers.

Marijuana is a drug with more than 200 street names. Weed, pot, reefer, grass, dope, ganja are just some of the most commonly used ones.

It is usually consumed by smoking in the form of a cigarette (joint) or in a pipe. Recently it has been mixed with cocaine, crack or crushed tablets to enhance the effect.

The effect of marijuana begins already with the first smoke and peaks in 15 to 30 minutes. After 3 hours, the effect wears off, so the person falls into a state of sleepiness and lack of any interest and motivation. Previously, marijuana was considered to cause only mental dependence. New research has shown that there are symptoms of physical addiction that are precisely the same as for other psychoactive substances. Namely, frequent use leads to tolerance and abstinence discomforts – insomnia, sweating, trembling, loss of appetite, anxiety, mood disorders …

Emphasizing that no one has died from “marijuana” is a great myth. It leads to disturbances in memory, concentration, perception, balance, and coordination of movements. In some cases, a person can even experience severe hallucinations. Marijuana is often the main culprit for fatal traffic accidents.

Since a few minutes after intake, it speeds up heart rate by 20 to 50, long-term consumption increases the risk of a heart attack. Also, marijuana leads to frequent colds, chronic bronchitis, pneumonia, and even damage or destruction of the lungs. Recent discoveries also point to the danger of neck, head, and lung cancer.

Marijuana is a drug that causes permanent changes in the brain

Marijuana is a drug that should not be taken lightly. Its main component, tetrahydrocannabinol (THC), affects the normal functioning of neuroprocessors, ultimately causing a change in the brain structure, that is, its parts related to decision-making. This entails lowered cognitive abilities.

Depression, schizophrenia, and many other psychoses may develop under the influence of marihuana.

Since marijuana is not a harmless substance, overcoming addiction requires professional help. Dr Vorobjev clinic is known for painless detoxification, which restores the damaged body balance in a short time, without any adverse effects on the patient. It also distinguishes itself from other institutions by its unique, contemporary programs for the treatment of mental dependence, which are conducted under the constant supervision of eminent doctors and psychotherapists.

To facilitate the period of stay, Dr Vorobjev clinic provides all the comfort necessary during the treatment, accommodating the patient’s wishes even in when it comes to food. Free transportation from the airport, bus or train station is provided for people coming from other countries.